STEP Job Board – A Step Forward for Persons with Disabilities 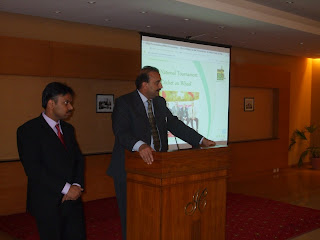 BrightSpyre in collaboration with STEP (Special Talent Exchange Program) has embarked on an initiative to support people with disabilities seek better and qualified jobs within Pakistan and abroad. The Job Board was inaugurated by Mr. Zamrud Khan, Managing Director of Bait-ul-Mal, Pakistan. Mr. Khan in his speech talked about the need to influence the government to understand their needs and hoped that together we can prevail on the government to have atleast five seats reserved in the Parliament and Senate for people with disablities.

This year, STEP and BrightSpyre will promote the recruitment of Persons with Disabilities (PWD) in all across Pakistan and bring awareness to the cause. 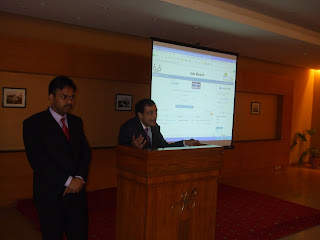 Mr. Atif Sheikh, President, STEP emphasized the need to bring people with disabilities into the mainstream by giving them employment opportunities just like any other individual. In his speech, we learned that Pakistan government first recognised the need for PWD in 1981 and only in 2002 did the framework was developed and adopted by the government. Still a lot of work has to be done including making places accessible to the disable in Pakistan.

The ceremony was attended by the HR managers of leading enterprises in Islamabad.

STEP is a non-profit organization run and managed for the people with disabilities by themselves. It was founded by the Alumni of Special Education Centers who felt the need 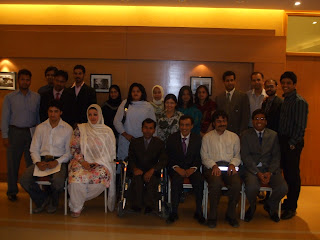 to form a cross disability self-help group. Students Talent Exchange program (STEP) was then conceived and launched by the alumni of special education centers of Islamabad in order to bring a change in the behavior of society toward People with disabilities (PWDs) in 1997.

BrightSpyre, is Pakistan’s first and largest job portal operating in Pakistan since 2002 with over 600,000 unique registered job seekers and boasts in excess of 2 Million page views for the jobs advertised through its portal.

Photo stream of the event can be seen here: