Brain Drain – An Obstacle in Development 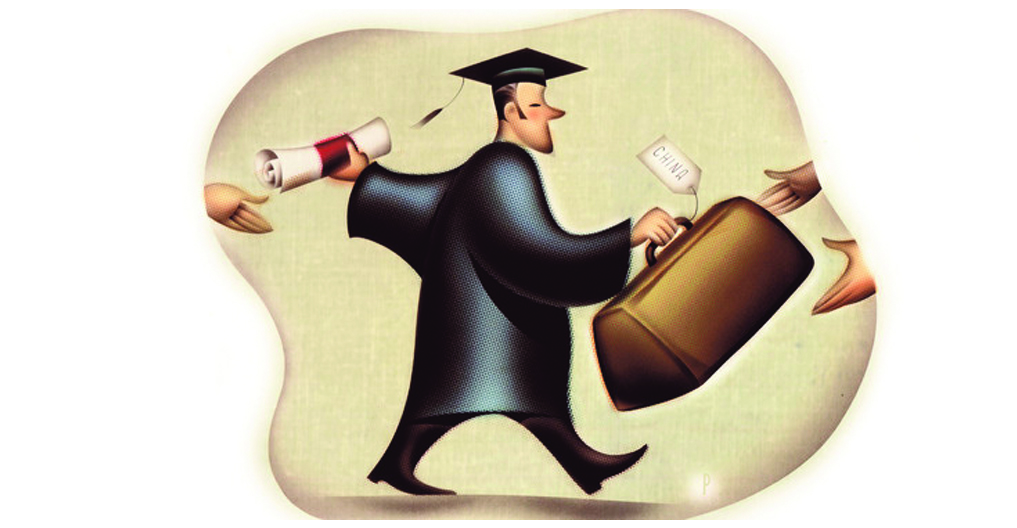 I always believed that, living with your family at your home country is a blessing, if you are satisfied with what you were expecting out of yourself and what you have achieved. Many people say that “we don’t want to move abroad, even if we find better opportunity”. And on the other side many of us are dreaming to move across place to place, organization to organization and country to country. The country on the receiving end, of migration of intellectuals and professionals will be enjoying “brain gain” and the country on losing side is facing “brain drain”.

Dr. Abdus Salam born in 1926 in a small town of Pakistan, He is now known as “Scientific Father of the Country”. Dr. Salam migrated to England in 1974, when a parliamentary bill declared Ahmadiyya Community as Non-Muslim. His preceding contributions towards development of scientific institutions in Pakistan need no explanation. Like Dr. Abdus Salam, Albert Einstein born in 1879 in Germany, he migrated to USA when Adolf Hitler came into power. Everyone is aware of his valuable contributions to the Physics field.

I don’t want to describe biography of the eminent scientists. Perhaps, I just want to say that both could’ve make huge contributions towards development of their own mother nations. The reason behind the above explanation is to make a starting point of the phenomenon of “Brain Drain”.  Brain Drain is emigration of skilled, educated professionals from the country and society. There can be number of reasons behind this intellectual loss of a country.

A feature in The New York Times Magazine argued, “In todays’ global economy, the countries that will offer better pay and opportunities for advancement are likely to attract better talent”.

What would be your thoughts regarding a society whose greatest hope, greatest talent migrate to another country? “Piteous Society”. A research indicated the about 36,000 highly qualified professionals of medical, engineering and finance left Pakistan in last 30 years. The skilled workers are not included in this figure. This shift of human capital has certain outcomes for the country such as; poor rate of growth and development, lesser availability of competent professionals, worse educational and medical system. Alongside, it has one positive outcome is that the country receives higher foreign remittance which are sent by the people work and live abroad. According to a report, Pakistan received as foreign remittance of about $ 8,981.67 million in first half of FY 2015 (July-December).

This is really critical for countries to preserve its intellectual capital. The role of government is key in this regard. Making sincere efforts towards growth and development of better organizations will increase the employment opportunities for key professionals.

The educational system is the key parameter of what future of any country would be. Mostly developed nations allocate a heavy budget for the development of educational system according to modern day needs. Developing countries also need to improve their education system and organize research and development facilities for professionals, scholars.

According to me, reasons, figures and outcomes of the brain drain are democracy, rule of law, political stability, judicial system, economic growth, social stability and international relations are all linked together to make a country favorable for intellectuals to settle there. If we stream-line these things, our country will get into a position of brain gain one day.


A young scholar and researcher, Ahsan Ali is a committed HR professional and trainer at Cogilent Solutions (Pvt.)

One thought on “Brain Drain – An Obstacle in Development”