Breaking the Barriers to Female Empowerment 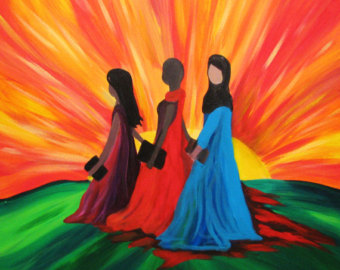 I have graduated with a professional degree in Media and Communication and am currently working with a British-German Company as GROW (Graduate Outreach for Women) Manager.

Despite a lot of advancements that we see in the world of today, with women excelling in almost every field of work, I still find a lot of gender based discrimination instances, ultimately impeding the normal progression of a woman’s professional career. Although, a major portion of the world’s female population is a part of the working industry now, there still exists a significant number that is lagging behind and is facing career development issues. We particularly find less women on top managerial positions in various companies. The reasons for such issues are diversified; a lot of women, particularly in Pakistan, lack the requisite education and training for senior positions, some don’t have enough confidence and courage to apply for higher positions and others find themselves excepted from the top positions league due to the systematic gender bias that exists in various firms.

However, these are not the only issues. There are a lot of other factors that find their roots in our families and society and that hamper women’s professional growth and development. Unfortunately, women in our society are penalized and disadvantaged for caregiving. A lot of women, even if they are working outside their homes, hold the prime responsibility of taking care of their house and children as well as other elder members. This results ultimately in women applying for home-based or part-time jobs with fewer promotion opportunities. This is because of our socially constructed gender roles where only male members of the family are supposed to be the sole breadwinners of the family. Also, because of these caregiving responsibilities, women find less time to focus on their education and training and ultimately end up with lower technical and vocational skills as well as competency.

Social constraints and cultural barriers also restrict women from working and thus even after appropriate education and skills, women find themselves helpless and end their careers.

Gender Biasness in organizations: It has also been observed that females are paid less as compared to males for the same amount of work done. Besides, other discriminations such as occupational segregation by gender, sexual harassment and violence at workplace, and discrimination related to pregnancy and family responsibilities can affect female employee opportunities, treatment and ability to work or complete their studies. They also limit company’s members’ career satisfaction, advancement, and economic opportunities. All this, in the long run, effect the country’s overall development.

Lamentably, Pakistan has been placed at the second last position out of 142 countries in a global ranking on gender disparities. The Global Gender Gap Report, released by the World Economic Forum benchmarks national gender gaps of various countries across the globe on economic, political, education and health-based criteria and unfortunately, Pakistan’s rankings on all these pillars are disappointing.

The other day, I was watching a Pakistani Television show which had somewhat the same topic under discussion, that whether the females should work or not? Different people were of different views, with some supporting professional females for the reason that working increases their exposure and consequently confidence; while others negating the idea saying our environment is not safe enough for females to step out of their homes and perform.

What can we do about it?

Observing the situation of gender based disparities in Pakistan and analyzing all the above mentioned obstacles brings us all to one important question: What is the Solution to all this? How do we overcome these obstructions? The answer is simple, “be the change you want to see in the world”. It’s the prime responsibility of each one of us, irrespective of our genders, to act in our possible capacity to break all the barriers to a women’s professional development. And all such acts, for sure require tolerance and open mindedness.

At individual and family level, we should try to support the female members of our family by providing them adequate time to invest on themselves as well as their careers. This can be done with the male members of the family sharing the responsibility of the females. At corporate level, however, change can be brought by setting effective gender norms and policies that provide female employees with maximum growth opportunities. Resources shall be allocated to all the employees equally. Provision of flexible work schedules can also help greatly, particularly with those women who are constantly struggling to balance work and family life. Separate representation/ quota shall be set for females both in educational institutes as well as workplaces. Organizations shall also arrange mentorship and training programs for female employees to enhance their skills to a great extent.

Countries in general and companies in particular cannot flourish and prosper until and unless the best talent is hired and retained, and this talent, for sure, includes both males as well as females.  Gender equality is the key to sustainable development, as employing the knowledge and expertise of both genders enhances the effectiveness of various measures taken to a great extent. Women constitute one half of the world’s population; it is clear that if their talent is underdeveloped or underutilized, the economy will never grow as it could. Thus it is high time to start investing in the talent and expertise of women and thus take Pakistan to a new level.

Instead of thinking “women are still facing career issues”, I hope people start thinking “What can I do to change this?”

4 thoughts on “Breaking the Barriers to Female Empowerment”